Spider’s Canvas / Arachnodrone is inspired by the multifaceted work of artist Tomas Saraceno, specifically his work using multiple species of spiders to make sculptural webs. Different species make very different types of webs, ranging not just in size but in design and functionality. Tomas' own web sculptures are in essence collaborations with the spiders themselves, placing them sequentially over time in the same space, so that the complex, 3-dimensional sculptural web that results is in fact built by several spiders, working together.

Meanwhile, back among the humans at MIT, Isabelle Su, a Course 1 doctoral student in civil engineering, has been focusing on analyzing the structure of single-species spider webs, specifically the 'tent webs' of the cyrtophora citricola, a tropical spider of particular interest to her, Tomas, and Professor Markus Buehler. Tomas gave the department a cyrtophora spider, the department gave the spider a space (a small terrarium without glass), and she in turn built a beautiful and complex web. Isabelle then scanned it in 3D and made a virtual model. At the suggestion of Evan Ziporyn and Eran Egozy, she then ported the model into Unity, a VR/game making program, where a 'player' can move through it in numerous ways. Evan & Christine Southworth then worked with her on 'sonifying' the web and turning it into an interactive virtual instrument, effectively turning the web into a 1700-string resonating instrument, based on the proportional length of each individual piece of silk and their proximity to one another. As we move through the web (currently just with a computer trackpad, but eventually in a VR environment), we create a 'sonic biome': complex 'just intonation' chords that come in and out of earshot according to which of her strings we are closest to. That part was all done in MAX/MSP, a very flexible high level audio programming environment, which was connected with the virtual environment in Unity. Our new colleague Ian Hattwick joined the team focusing on sound design and spatialization, building an interface that allowed him the sonically 'sculpt' the sculpture in real time, changing amplitude, resonance, and other factors. During this performance at Palais de Tokyo, Isabelle toured the web - that's what the viewer sees - while Ian adjusted sounds, so in essence they were together “playing the web.” Isabelle provides a space (the virtual web) and a specific location within it (by driving through), which is what the viewer sees, from multiple angles, on the 3 scrims. The location has certain acoustic potentialities, and Ian occupies them sonically, just as a real human performer does in a real acoustic space. A rough analogy might be something like wandering through a gothic cathedral or a resonant cave, using your voice or an instrument at different volumes and on different pitches to find sonorous resonances, echoes, etc. Meanwhile, Evan and Christine are improvising with the web instrument, building on Ian's sound, with Evan on EWI (Electronic Wind Instrument) and Christine on electric guitar with EBow.

For the visuals, Southworth wanted to create the illusion that the performers were actually inside the web. We built a structure covered in sharkstooth scrim, with 3 projectors projecting in and through from 3 sides. Southworth created images using her photographs of local Lexington, MA spider webs mixed with slides of the scan of the web at MIT, and then mixed those images with the projection of the game, creating an interactive replica of Saraceno’s multi-species webs. 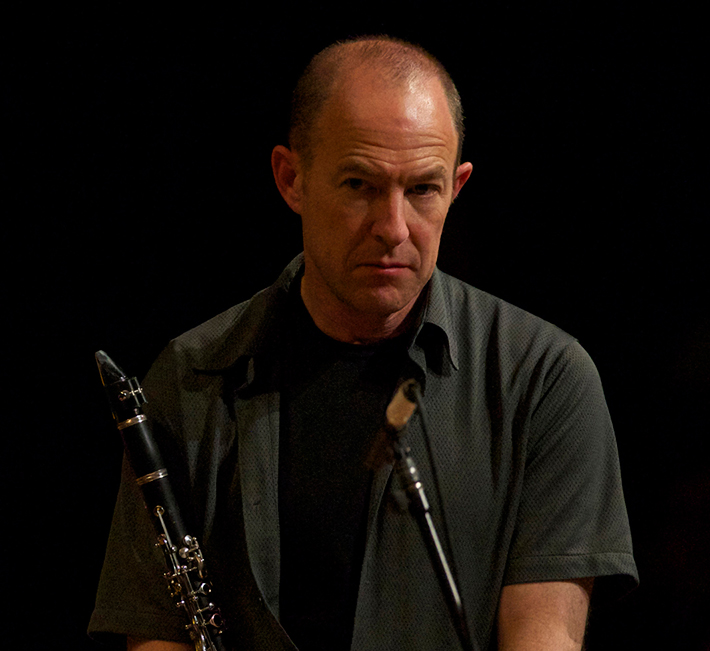 Composer/arranger Evan Ziporyn's music has taken him from Balinese temples to concert halls around the world. He has composed for and collaborated with Maya Beiser, Yo-Yo Ma, Brooklyn Rider, Anna Sofie Von Otter, the American Composers Orchestra, Iva Bittova, Terry Riley, Don Byron, and Bang on a Can. In 2017, his arrangements were featured on Ken Burns and Lynn Novick’s The Vietnam War, and on Silkroad’s Grammy-winning album Sing Me Home. Recent conducting appearances include LA Opera, Hamburg Elbsphilharmonie, the Barcelona Symphony, and his own Boston-based Ambient Orchestra, which premiered Blackstar in 2017. At MIT he is Distinguished Professor of Music and Director of the Center for Art, Science and Technology. He studied at Eastman School of Music, Yale, and UC Berkeley with Joseph Schwantner, Martin Bresnick, and Gerard Grisey. He received a Fulbright in 1987, founded Gamelan Galak Tika in 1993, and has composed a series of groundbreaking compositions for gamelan and western instruments, as well as evening-length works such as 2001's ShadowBang, 2004's Oedipus Rex (Robert Woodruff, director), and 2009’s A House in Bali, which was featured at BAM Next Wave in October 2010. Awards include a USA Artist Fellowship, the Goddard Lieberson Prize from the American Academy, Massachusetts Cultural Council Fellowship, and commissions from Carnegie Hall, Kronos Quartet, Rockefeller Multi-Arts Program, and Meet the Composer. He co-founded the Bang on a Can All-Stars in 1992, performing with the group for 20 years. He has also recorded with Paul Simon, Christine Southworth, and the Steve Reich Ensemble (sharing in their 1998 Grammy for Best Chamber Music Performance). www.ziporyn.com 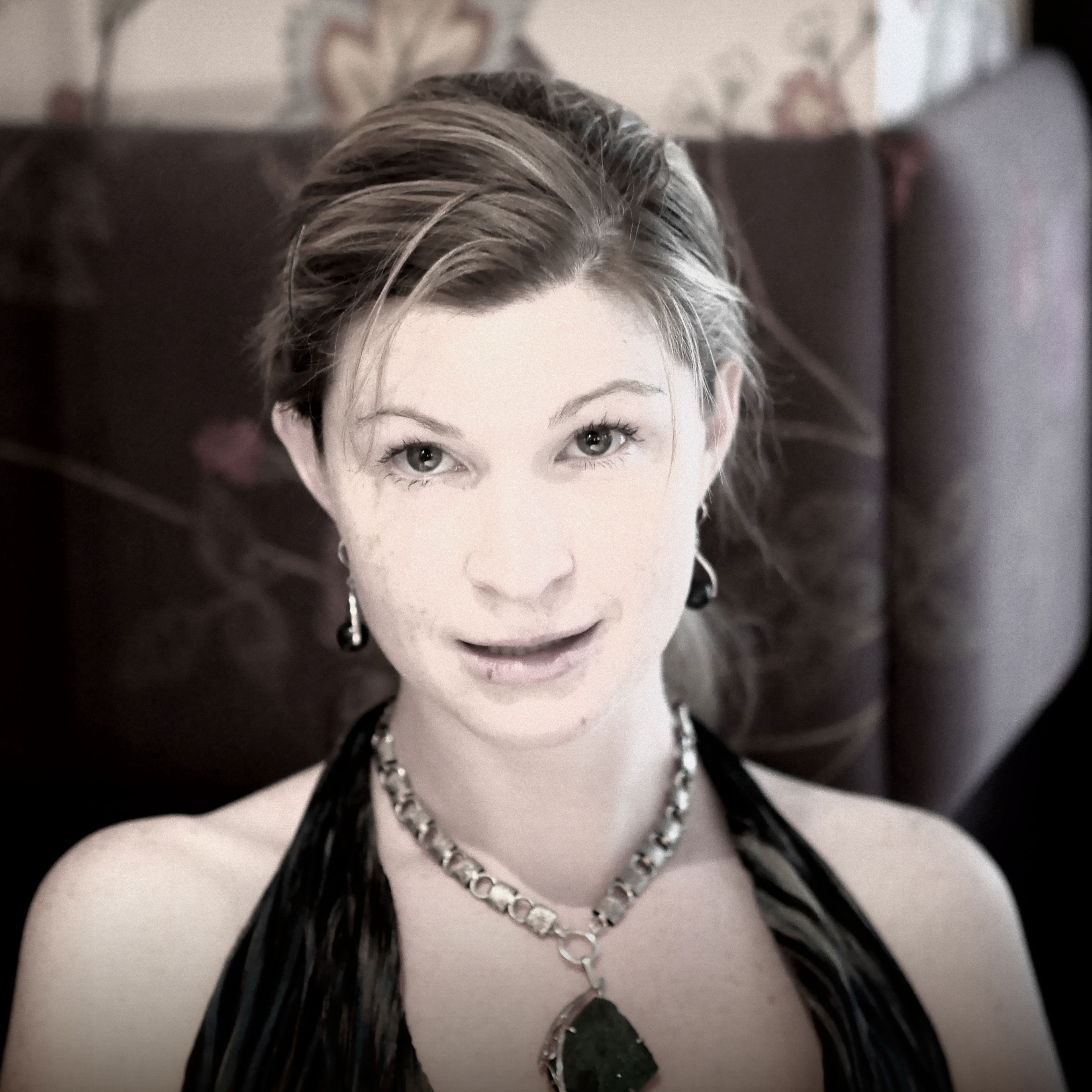 Christine Southworth (b. 1978) is a composer and video artist based in Lexington, Massachusetts, dedicated to creating art born from a cross-pollination of sonic and visual ideas. Inspired by intersections of technology and art, nature and machines, and musics from cultures around the world, her music employs sounds from man and nature, from Van de Graaff Generators to honeybees, Balinese gamelan to seismic data from volcanoes.

Southworth received a B.S. from MIT in 2002 in mathematics and an M.A. in Computer Music & Multimedia Composition from Brown University in 2006. In 2003 she co-founded Ensemble Robot, a collaborative of artists and engineers that design and build musical robots. She has been a member of MIT-based Gamelan Galak Tika since 1999, and has composed several pieces for the group and performed at venues including Lincoln Center, Carnegie Hall, EMPAC, the Cleveland Museum of Art, several Bang on a Can Marathons, and the Bali International Arts Festival. In 2010, she helped design Gamelan Elektrika for her piece Supercollider, which was premiered at Lincoln Center Out of Doors Festival with the Kronos Quartet. In addition to gamelan, she studies bagpipe, playing both the Galician Gaita and the Great Highland Bagpipe.

Southworth's compositions have been performed throughout the U.S., Europe, and Indonesia by ensembles including Kronos Quartet, Gamelan Galak Tika, Calder Quartet, Bang on a Can All-Stars, Gamelan Semara Ratih, California EAR Unit, Andrew W.K., and Ensemble Robot. She has received awards from the American Music Center, UCross Foundation, LEF Foundation, American Composers Forum, Meet the Composer, New England Foundation for the Arts (NEFA), the MIT Eloranta Fellowship, and Bang on a Can and has been a fellow at UCross Foundation and The Hermitage Artist Retreat.

She has four recordings available on Airplane Ears Music: Zap! (2008) and Gamelan Galak Tika: Bronze Age Space Age (2009), Christine Southworth String Quartets (2013), performed by The Calder Quartet, Kronos Quartet, Gamelan Galak Tika, and Face the Music, with support from the American Music Center CAP Recording Grant, and In My Mind and In My Car (2013), for Evan Ziporyn on bass clarinet, electronics and video. www.kotekan.com

Isabelle Su is PhD student in the Laboratory for Atomistic and Molecular Mechanics at MIT, working under the supervision of Prof. Markus Buehler. Her research aims to understand the interplay between silk mechanics and structural mechanics of webs and its role for completing their natural functions. She is also interested in data sonification, translating structural and mechanical data of complex 3D spider webs into music as a visualization method through sound. Isabelle previously received a Master’s degree in Building Engineering at ESTP as well as a M.Eng. in Civil and Environmental Engineering at MIT in 2015.lamm.mit.edu 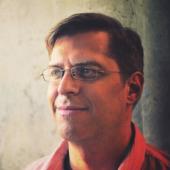 Ian Hattwick is an artist, researcher, and technology developer whose work focuses on the creation and use of digital systems for professional artistic performances. With a background in music composition and performance, he is particularly interested in use of multimodal hardware systems to explore and facilitate social and embodied interaction. He received his Ph.D. from McGill University and holds degrees from the University of California, Irvine and the University of Southern California. He is a lecturer of Music Technology at MIT.www.ianhattwick.com 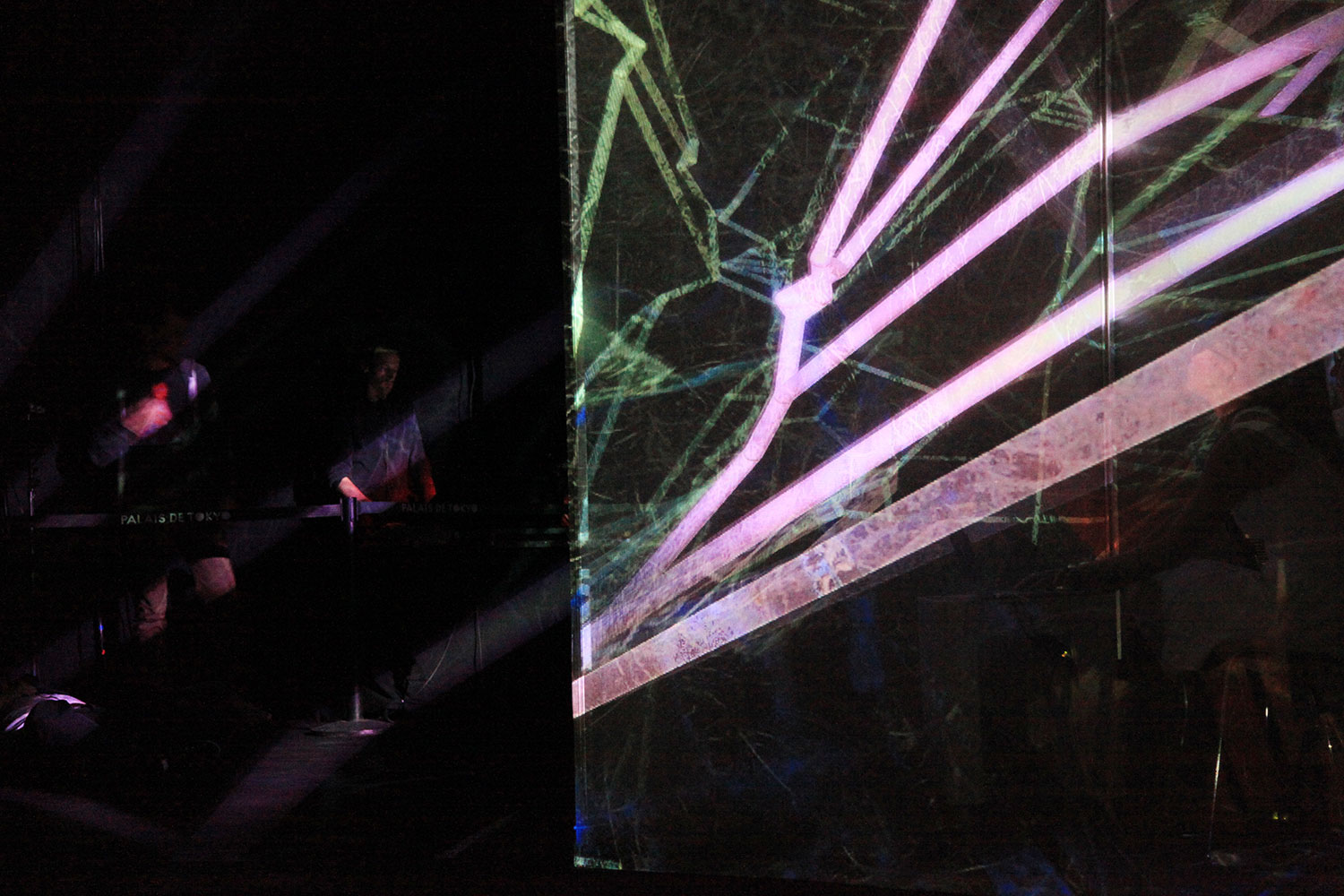 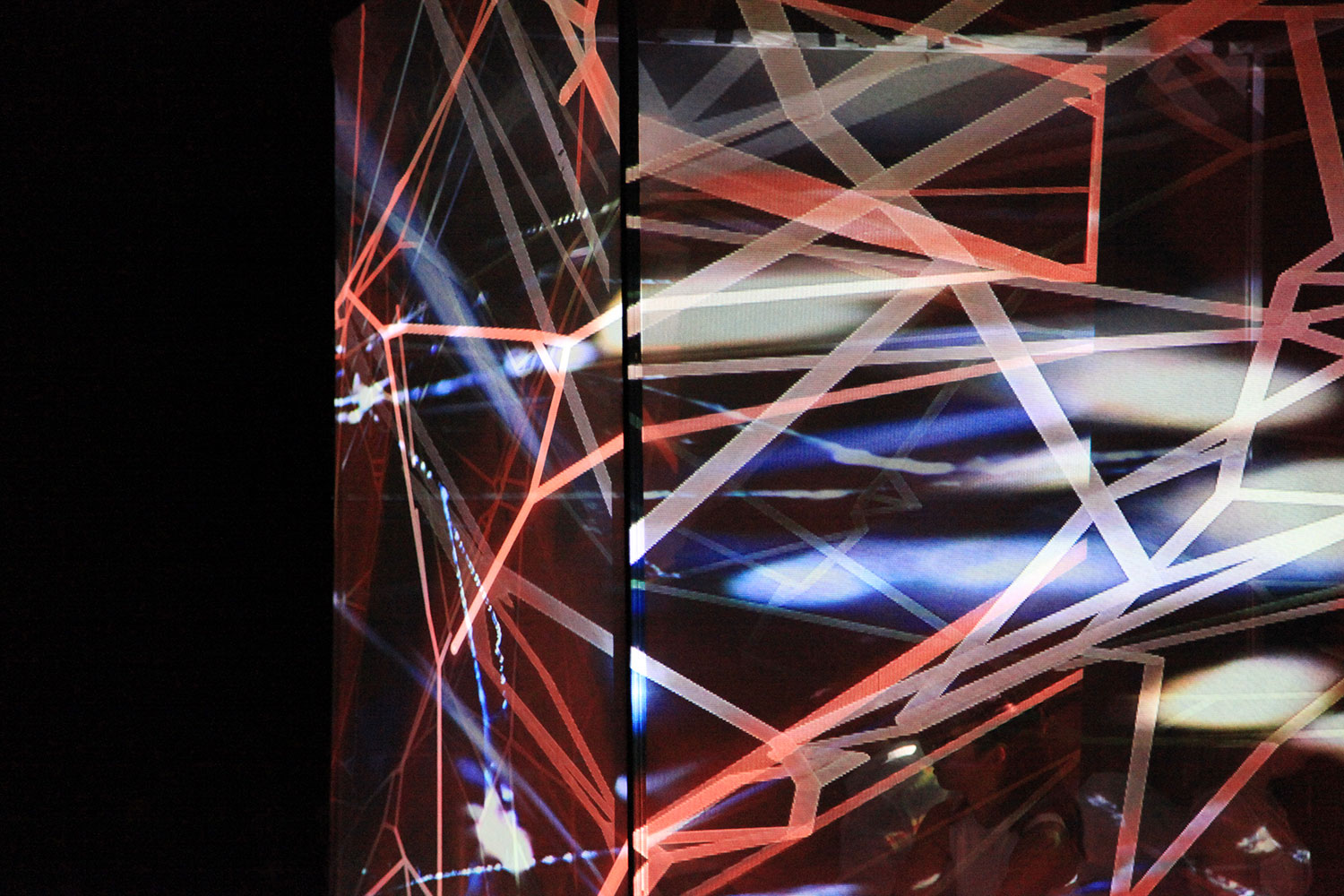 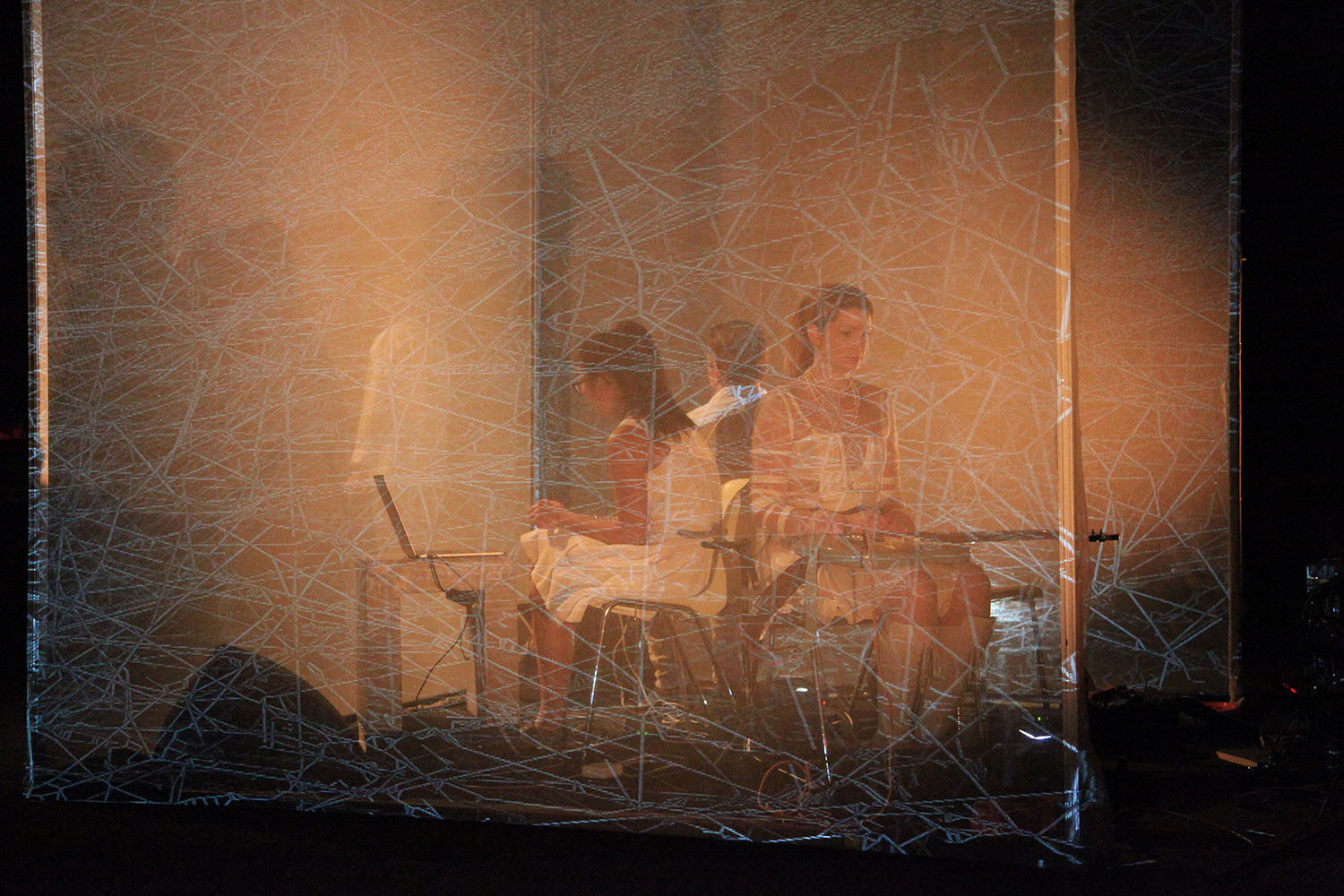 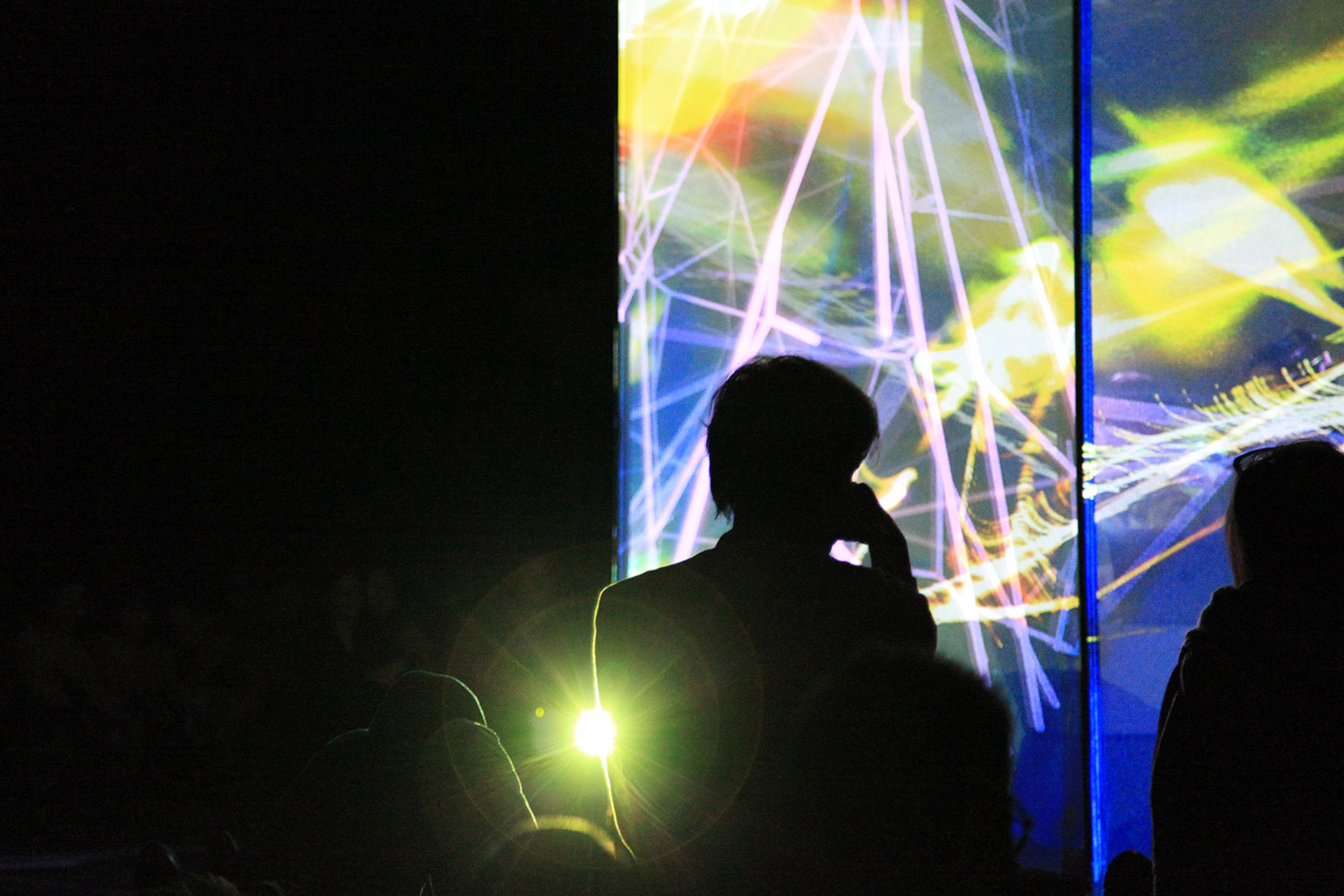 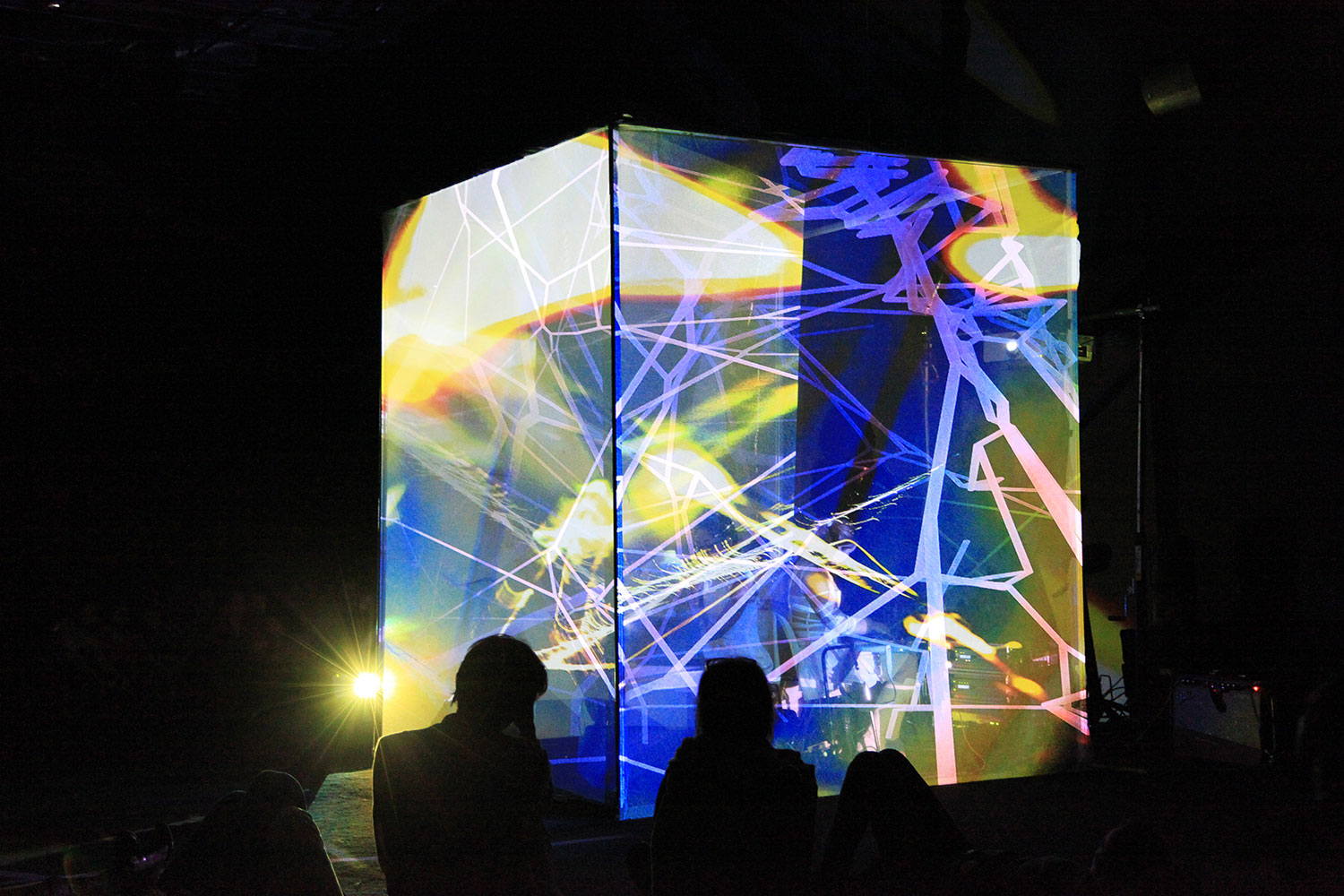 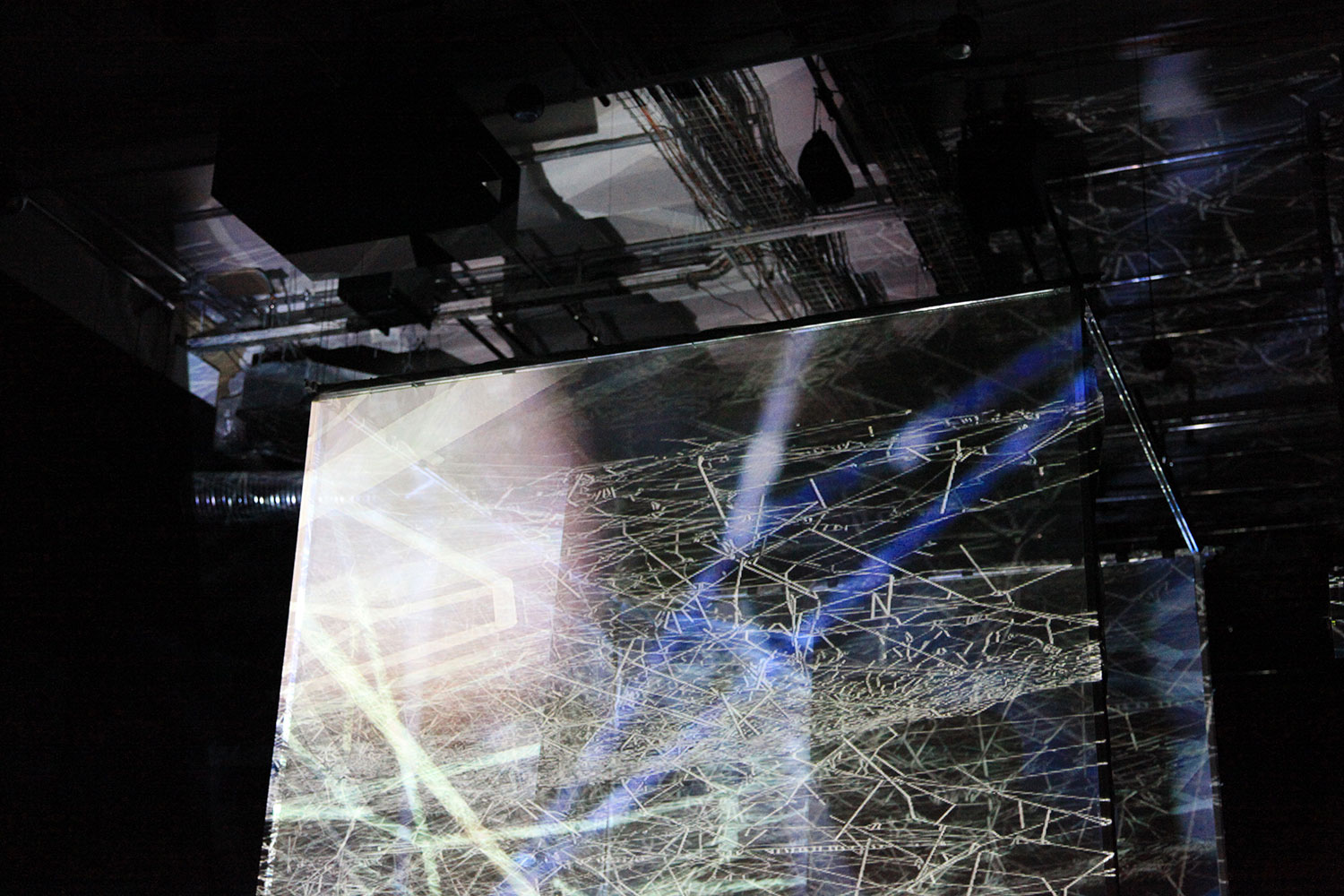